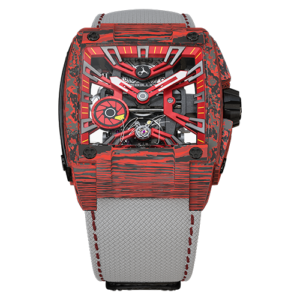 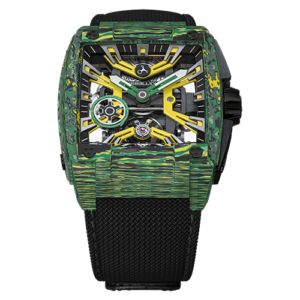 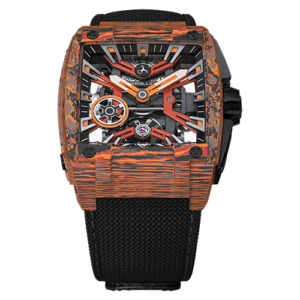 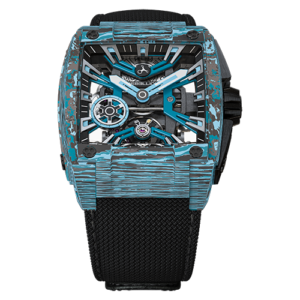 Official Timekeeper of Alfa Romeo F1 Team ORLEN, Rebellion Timepieces, unveils two special series dedicated to Valtteri Bottas and Zhou Guanyu during the Monaco F1 Grand Prix. Each model, limited to 50 pieces, incorporates a part of the drivers’ car. Purchasers will have the opportunity to visit the Sauber Motorsport HQ factory, as well as Rebellion Motors and Timepieces, and will be presented with their watches by the drivers themselves during an exclusive dinner.

In their first season together in Formula 1, the two drivers of the Alfa Romeo F1 Team ORLEN are showing their fighting spirit on the asphalt. Valtteri Bottas began his F1 career in 2013 and the following year he claimed his first podiums. His exemplary consistency allowed him to finish seven times in the Top 5 of the final ranking in 10 years. Since the start of this year, he is at the wheel of the Alfa Romeo C42, number 77, his favorite number with which he has distinguished himself since 2014. Zhou Guanyu is the first Chinese driver to take part in the Formula 1 championship, with the number 24 car. He has previously distinguished himself since his debut in 2015 in the feeder series leading to F1.

The pugnacious personality and strong character of the two champions inspired Rebellion Timepieces to develop two custom watches in their image. The RE-Volt Valtteri Bottas C42 and RE-Volt Zhou Guanyu C42, designed for and with them, give life to this desire. These two creations, produced in a limited edition of only 50 pieces, push back aesthetic conventions. The sculptural case machined in colored carbon adopts the colors of the two drivers. The Valtteri Bottas model is adorned with shades of white and gray, while the  Zhou Guanyu model is highlighted with red. On the openwork dial, bridges and hands, touches of blue or the omnipresence of carmine evoke the respective flags of the racers. The tinted small seconds disc suggests the wheels of their racing car. As for the time information, it is driven with precision by the manual-winding Rebellion Timepieces caliber. To underline the unique character of this limited production, the signature of Valtteri Bottas or Zhou Guanyu decorates the sapphire crystal. The back is also decorated with the logo of the Alfa Romeo F1 Team ORLEN. The edition number, X/50, and the serial number are also present on the back of the case. As with all of its timepieces, Rebellion Timepieces offers the opportunity to make the RE-Volt Valtteri Bottas C42 and RE-Volt Zhou Guanyu C42 your own with an extra touch of personalization. Each one can be adapted to the style of each individual thanks to a wide choice of strap colors and materials, in Napaskiak stamped with the Team logo and closed with a Velcro® buckle or in rubber finished with a folding clasp.